I have had the need to store firewood for my oven. I had used my oven for heating my entire house (about 200 square meters) so I needed about 6-7 cubic meter cut firewood for one whole year.

My requirements for the wood shelter had been:

I have used a 120x160mm timber for the frame (which was a unnecessarily big after having used it for 6 years) because it was a standalone without support of any wall or something.  For the joints I have used 12x250mm screws which I screwed in with the help of my air pressure wrench. For the roof and bottom I used bitumen felt/tar paper to protect it against moisture or rain. I have started building the front frame and then the rear frame to join them together. This was kind of difficult because of its heavy weight so I had to build a stand preventing the frames from falling down.

Conclusion after using it for 6 years:

- the shelter did a great job 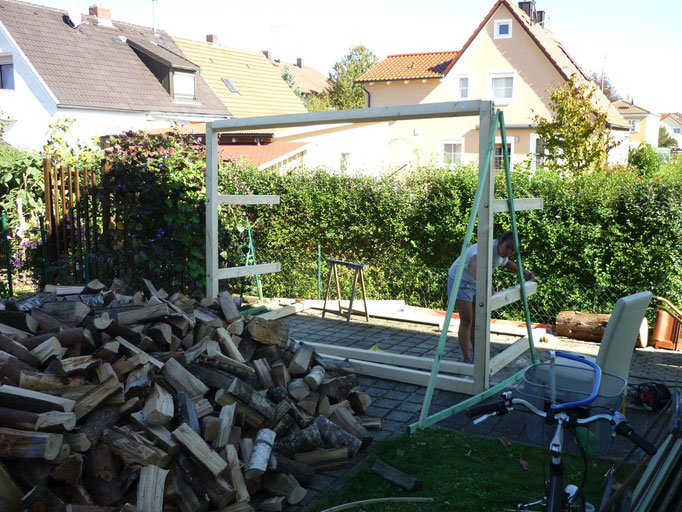 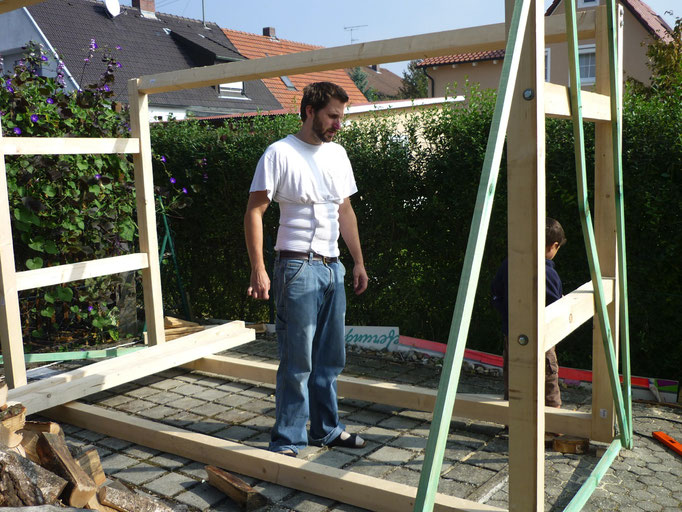 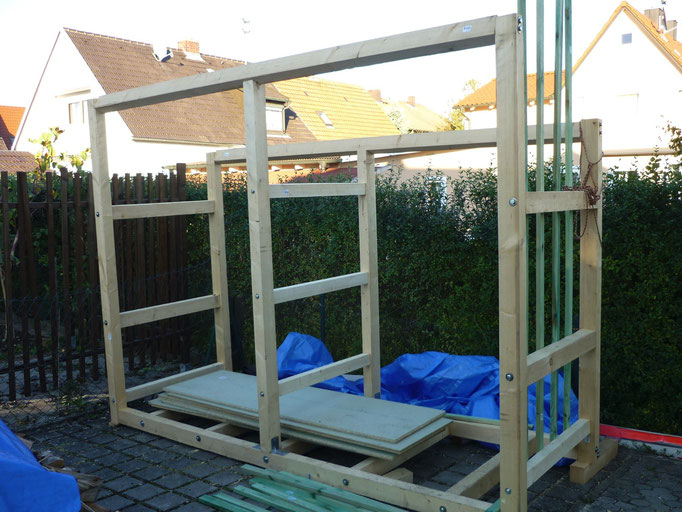 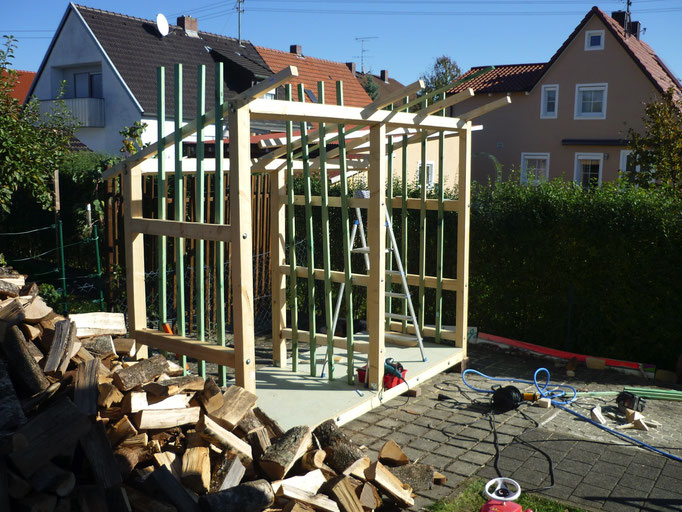 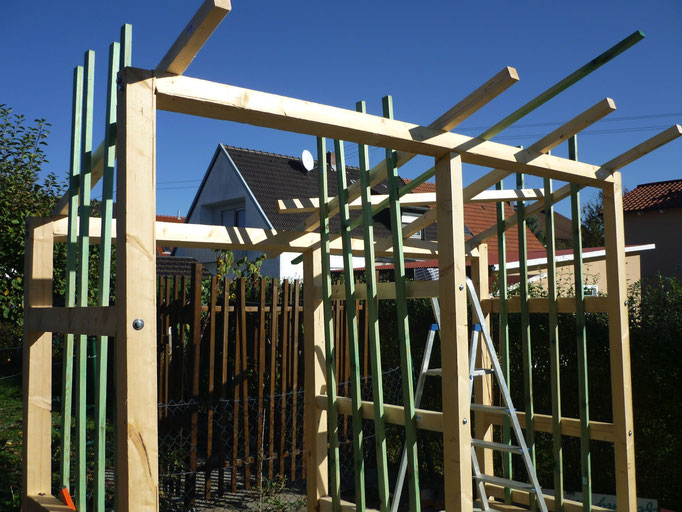 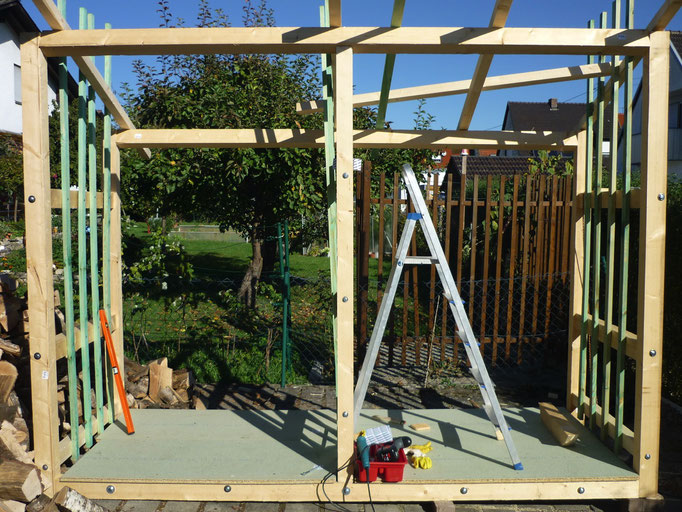 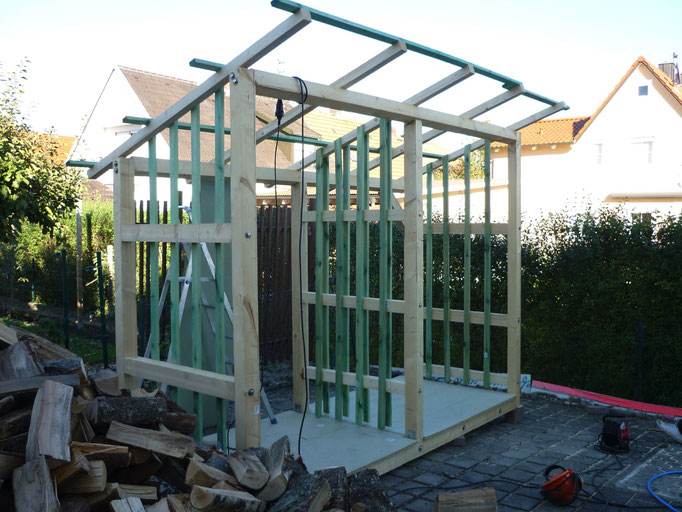 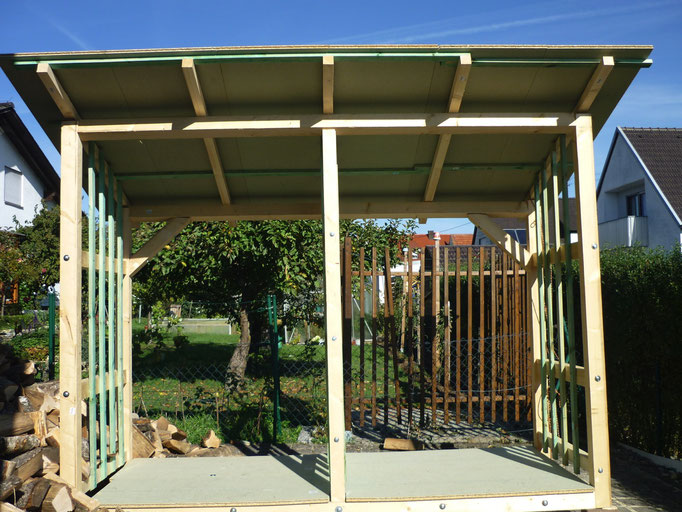 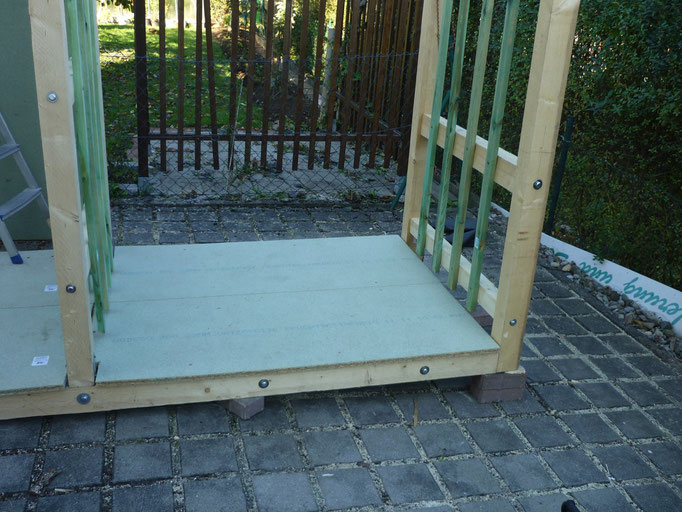 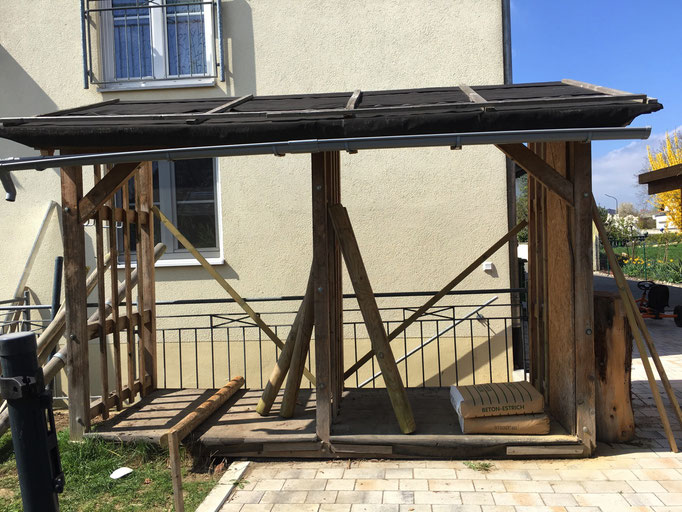 Hope to have one soon :)

Hope to provide some soon :)