My first DIY project building something with raised panels and a frame with tongues and grooves all made with my router table. I always wanted to make some floating raised panels so I just bought an inexpensive router bit to do this. An awesome DIY project pretty time-consuming but in the end I think it was worth it.

Initially I had the need for a drawer for my bathroom to store things you need to have in a bathroom right next to the sink. So I have fitted the dimensions to my needs. This is one of the great advantages if you do DIY projects.

The following features have been considered:

For the coating I used a thick water resistant enamel

I have used a 18mm pine board and 52mm squared timber for all dimensions have a look at my provided plans.

I have started out with the four stands which I gave to a friend who put them through his planer. I used a template for the table router to get the nice shape for the feet ends.

Then I did the tongues on the cross struts and the grooves on the stands.

For the two sides and the back panel I had to do the groove to put in the panels.

After that have built the drawers, I like building drawers because you can produce them as a batch.

Since we have a frame construction here, I had to build additional mountings on the corpus for holding the rails of the drawers. When the drawers were mounted I build the top of the cabinet. For this I had to glue two boards together to get the desired width.

This project suits the advanced user, since it takes a lot of time especially for the bunch of calculations.

For this project I used my Triton TRA001 table router, my Makita compact router, Festool TS55 track saw and my Makita drill.

For the dimensions, just check below for downloading the construction plans as pdf files. 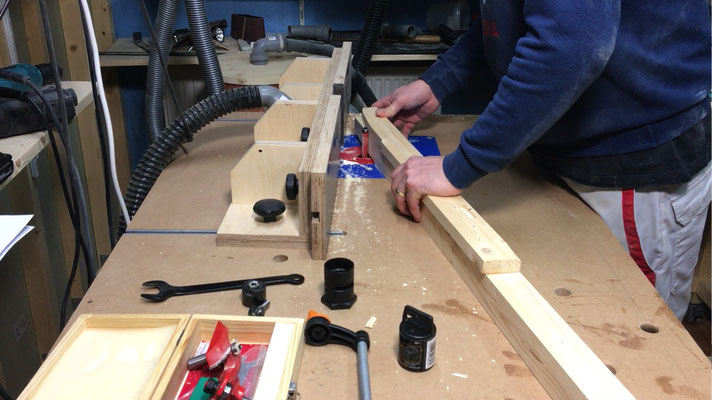 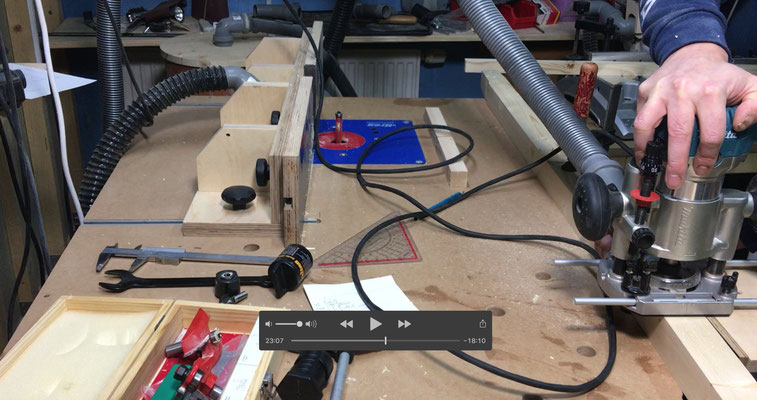 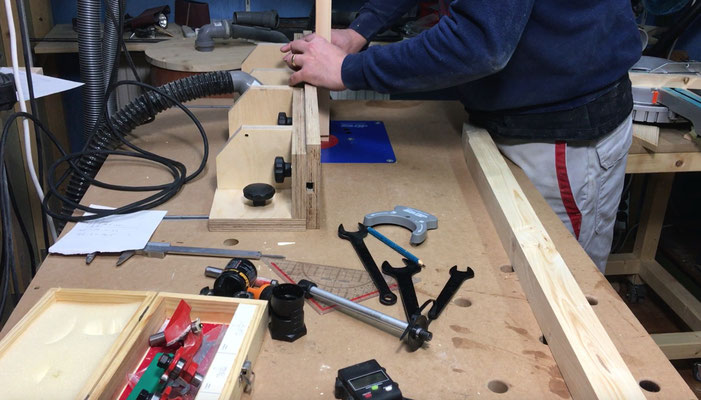 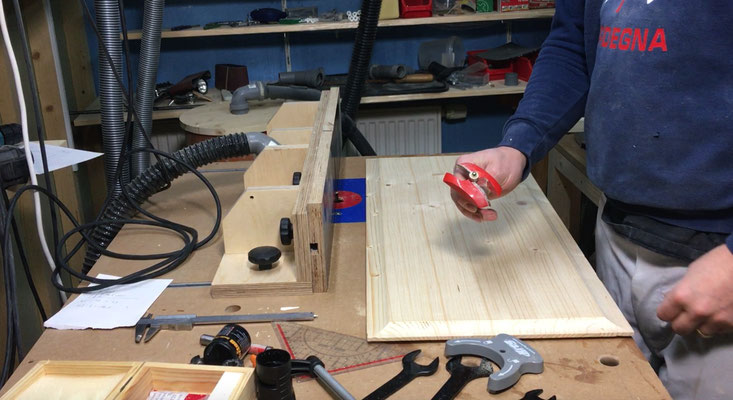 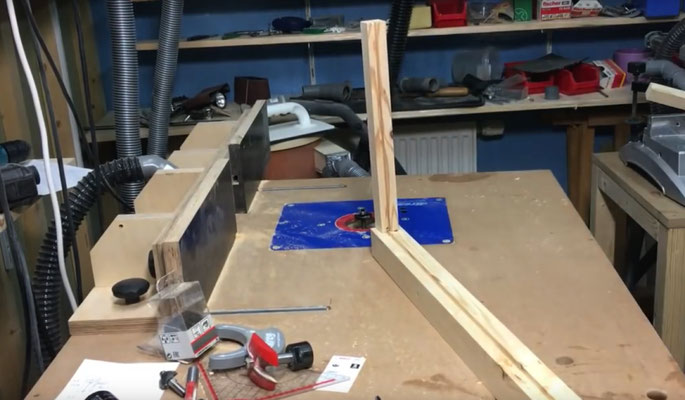 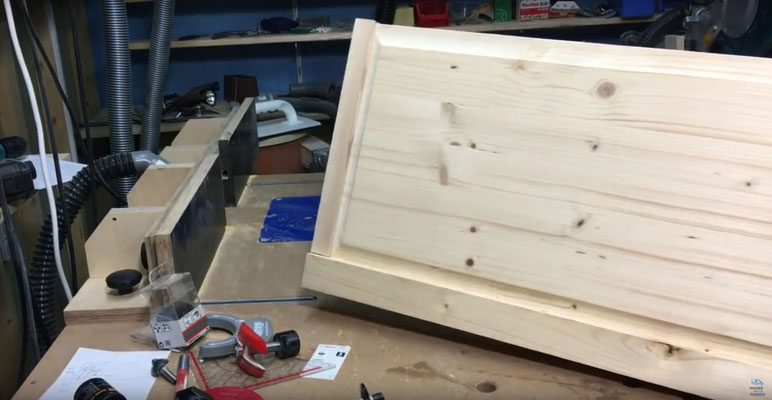 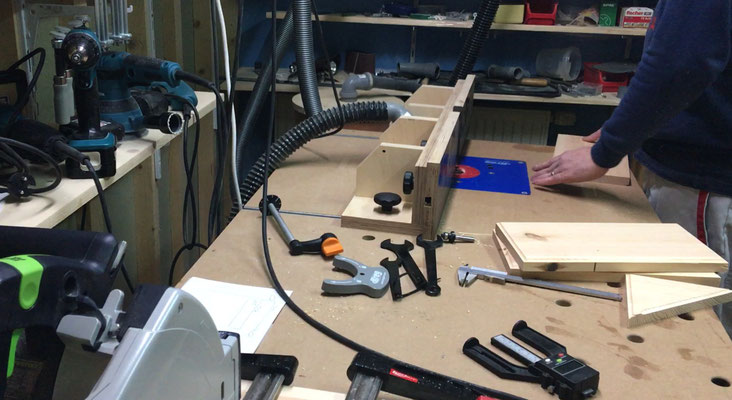 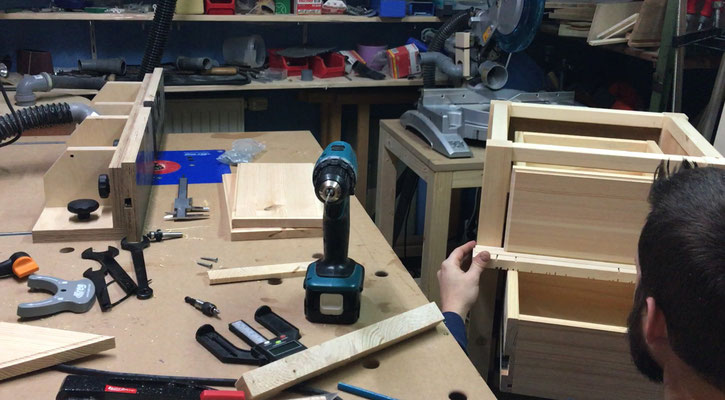 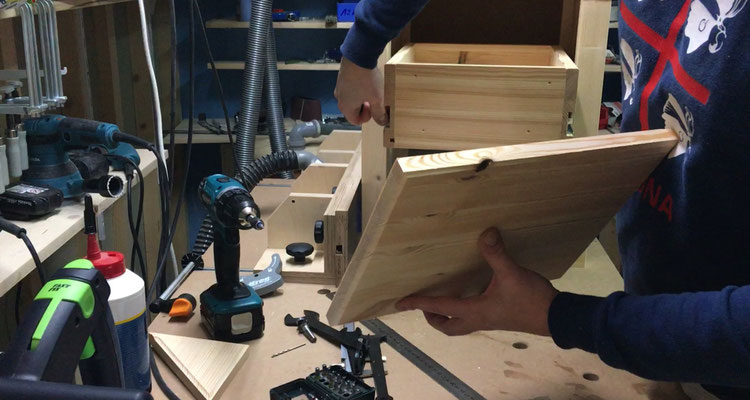 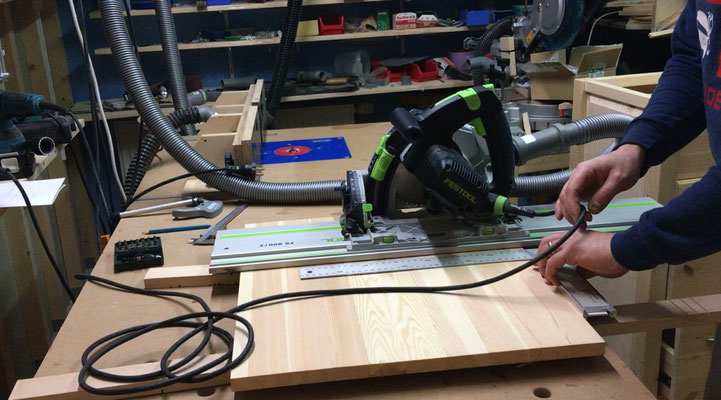 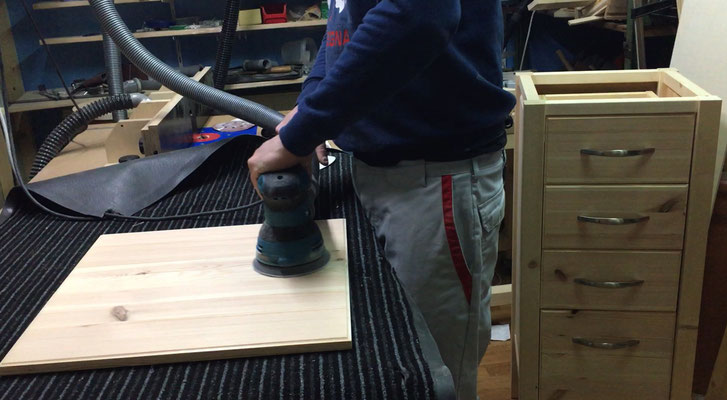 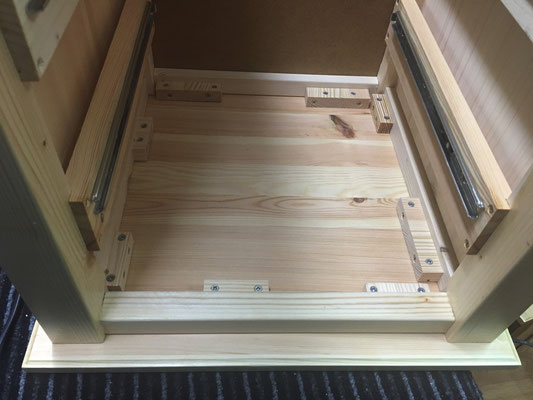 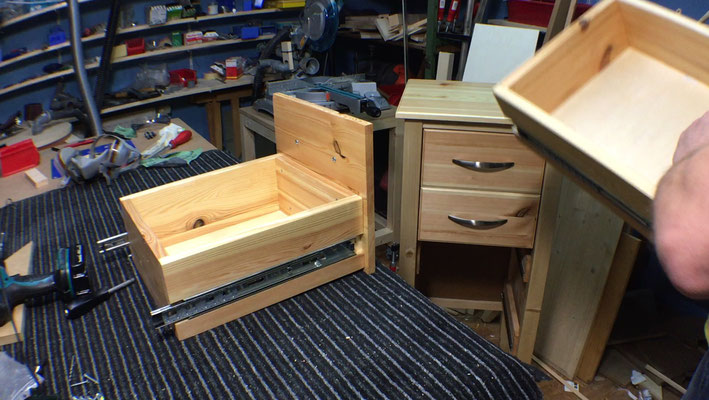 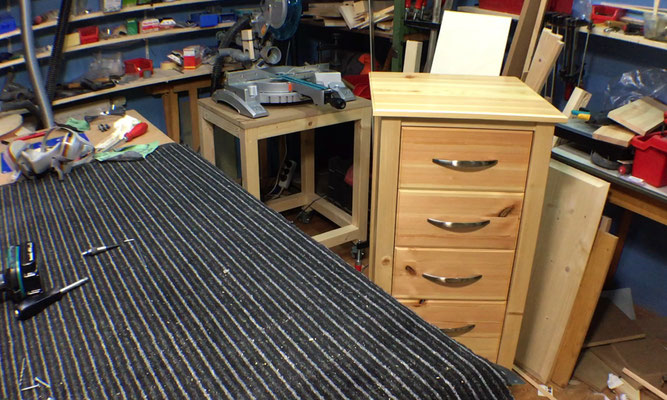 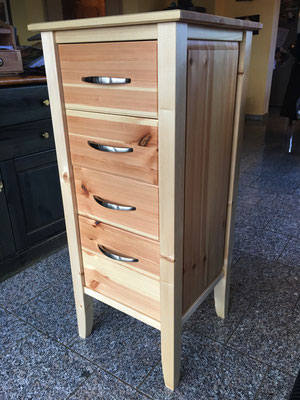 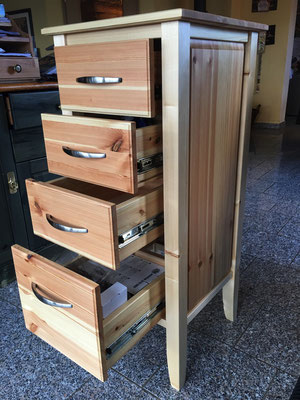 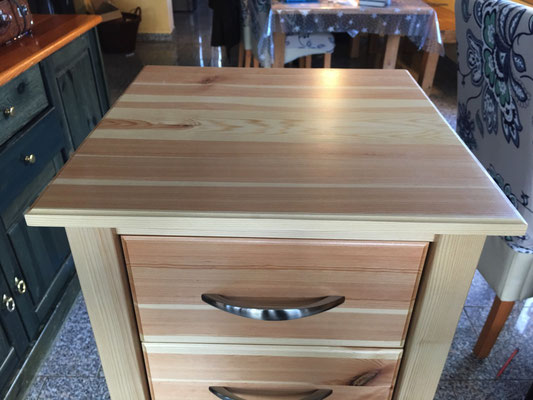 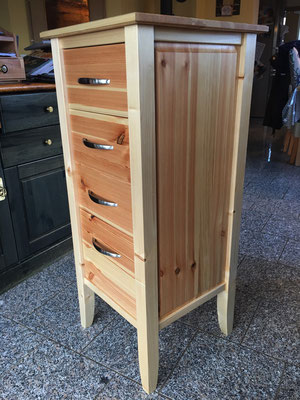 Hope to provide some soon :)